This is something I wrote a while back, and decided to publish because THANK FUCKING CHRIST THAT ASSHOLE GOT CONVICTED!

Roxane Gay has already written far better than I could ever hope to about the tensions of compartmentalizing, about rejecting the artist but not their art. That’s not what this is about.

This is about power and authority and rich male entitlement. This is about believing that because a man wrote a pop song you loved, or played a character that changed your life, that IRL he can’t be a crappy person, to the point that anyone else saying otherwise is surely some kind of wide-reaching conspiracy.

Because, as a friend of mine once pointed out, dozens of women who don’t know each other telling the same story over years, even decades, isn’t collaboration or an elaborate web of lies.

Why is it people are so willing to believe that a woman or women are conspiring to “take down” a famous man, that it’s all some desperate attempt for fame and glory… as if there is fame and glory in outing yourself as a rape victim? Why are people so unwilling to believe that a powerful man in an industry, in a world, that conspires to ignore and cover up sexual abuse and domestic violence would abuse that power? Abuse women, other men, children?

LINK: Listen to the women and their stories.

The responses to accusations against a powerful, famous, beloved man are immediate, vitriolic, and ruthless. When Mackenzie Phillips outed her years of sexual abuse by her father, Papa John Phillips, internet commenters were quick to point out her drug abuse, that she wasn’t as “hot” as her sister Chyna, and thus must be lying. Phillips was obviously trying to cash in on her dead father’s name to sell copies of her newly released autobiography! How could she wait until her father was dead before revealing this, when he had no chance of defending himself?!

Why was there was no overwhelming response that John was not “hot,” that John was a druggie, so of course it must be true? That of course this damaged, twisted man, the same man who picked off Mama Michelle when she was a teenager, must be an incestuous sexual predator? Why are we so quick to categorize the accusers, and fail completely to apply the same standards to their abusers? 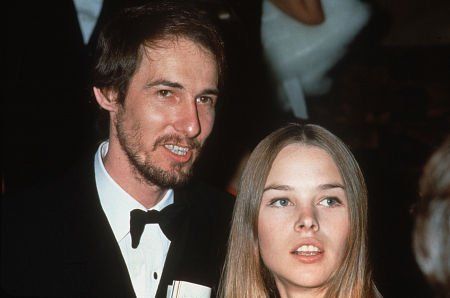 Because even in death, John Phillips still held the power.

This is why women don’t come forward with sexual abuse allegations, sometimes not until years, decades later. Sometimes not until several others have spoken up first. Because once we have been violated sexually, it is very difficult to feel safe again. If we speak up, we are going to have our bodies and our beings violated all over again. We are told we are “too ugly” to rape, as if rape validates our attractiveness as women.

Do you know how hard it is to not only say “I was raped, I was abused” knowing all the while that it is also saying “I was a target, I was weak, I could be manipulated, I could be emotionally and physically controlled, that man/men saw me and sized me up as a perfect victim”?

And yet the general public is still convinced that women see a rape accusation as a way of achieving money and fame at best, and a way to get revenge on a man at worst. It is just as hard for them to believe that victims of sexual abuse must navigate a myriad of emotions and responses, sometimes for decades, before they feel safe admitting to themselves, admitting to others, that they were sexually abused.

People start reminding us that these men are “just boys whose lives might be ruined because they made one bad decision” and “are innocent until proven guilty” and spouting anecdotal evidence of the time they heard about a friend’s brother whose life was ruined by a jealous ex’s “false rape” accusation. As if a teenaged girl or an intoxicated young woman or a frightened subordinate co-worker isn’t deserving of the same perspectives and then some?!

Like so many, Debbie Allen said that she finds these allegations of rape “hard to believe.” It would be impossible to give a comprehensive list of Allen’s roles, talents, awards, influence here: she has done and achieved so much as an actress, a choreographer, a director and producer, a woman, a person of color, an artist, a teacher. She is a member of One Billion Rising, a global organization dedicated to ending violence and promoting gender equality. And yet she questions not just the allegations, but the moral fiber of the women making them. Why?

Debbie Allen is in a position of power. Therefore? Allen likely didn’t witness this side of Cosby and probably finds it hard to believe: she doesn’t fit the profile of the type of woman he clearly sought out… which is why rapists and pedophiles and abusers pick and groom certain targets instead of just arbitrarily raping and beating every woman in their paths. They pick victims who can be manipulated. Even when they aren’t rich, powerful, famous, and beloved by millions. They pick victims they can victimize. They pick victims who won’t be believed.

People find rape hard to believe. Even when it’s happened to them.

Sometimes even while it’s happening.

LINK: If a sexual predator wanted to come up with a smoke screen for his ghastly conquests, he couldn’t do better than Cliff Huxtable.

The same accusations have been leveled at Mackenzie Phillips. At Dylan Farrow. At the parents of Gavin Arvizo. Now at Stormy Daniels. They just want attention. They want to get on TV, start or restart celebrity careers, make money selling their stories.  The victims of powerful celebrity men are castigated for coming forward too soon, not soon enough, when the accused is still alive, after the accused is dead, when the accused is at the heights of fame and power and when the accused’s career is in its twilight years. It doesn’t matter, no matter what the victims do, they’re told they’re doing it wrong. By strangers on the internet. By other celebrities. By people who should be allies, like Debbie Allen. They are blamed for “destroying a legacy.”

But this also illustrates the issue: the only person destroying Bill Cosby’s legacy is Bill Cosby.

Bill Cosby is also the one calling into question and unstabilizing the powerful roles of our Debbie Allens and Phylicia Rashāds. HE’s the one shitting all over what The Cosby Show and A Different World and Fat Albert meant to millions of us over generations.  HE is the one who lied and told us that he was America’s dad, that he was on the side of black folk who needed a strong male voice speaking up for them, that he valued strong women in his life.

He constructed himself as a man with power, education, degrees, talent, insights, love, community, knowledge of black music and artistic history and culture that needed to be remembered, as the best that an American man could be.

It was more than an act or a character. It was a harmful, painful lie.

And that sucks. More than that, it’s destroying. He’s destroyed something in us, something we loved and needed.

How can we acknowledge Bill Cosby’s legacy as a comedian, in television, as America’s favorite dad, and let those things comfortably coexist with the awareness that Bill Cosby is a rapist. He’s not the first groundbreaking artist to turn out to have failed in other areas: as a man, as a husband and father, as a human being. As “America’s favorite dad.”

John Lennon created some of the most significant music in history. He articulated a rallying cry for peace and love that endures to this day. He was a wife-beater, an alcoholic, and a misogynist. Can we acknowledge all of these contradictory elements? Michael Jackson redefined “superstar,” but also clearly violated the boundaries that must exist between adults and children. Whether or not his pedophilia was ever proven in a court of law is irrelevant, because what he showed us repeatedly is evidence enough that he did not respect the physical or emotional safety and comfort of children. Woody Allen seduced and then married his teenaged stepdaughter while still in a relationship with her mother, and is also one of the most influential filmmakers of all time. We’re still trying to come to terms with 1980s-90s Bill Clinton, and it’s uncomfortable.

We can have mixed emotions about their legacies. We can even celebrate the artistic achievements, and talk about how important they were at the time, what they did in context.

But it’s not mutually exclusive from acknowledging that, actually… seeing these men themselves as abusers is really not that hard to believe at all. Because they have the power to do it over years, a lifetime, and keep covering it up.